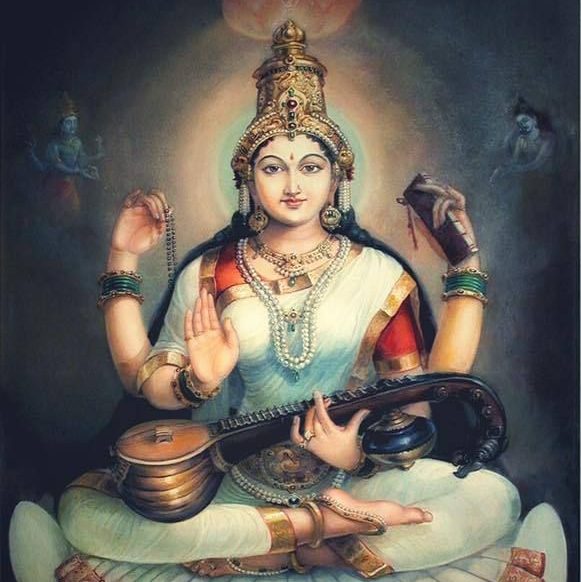 Tons of learning coupled with performances by pioneers

Practices involved in developing flexibility in playing the divine instrument

In recent years the connections between the cognitive centers of neuroscience and the devas, have become clear. This makes it possible for us to revisit early texts and understand them in a new light. Not only are we able to find new meaning, but we can also obtain a deeper understanding of music.

Music’s influence on the mind is well known. Stammerers with acute disabilities sing perfectly as soon as they abandon themselves to the tune of the song. Some Parkinson’s patients, who are frozen on one side with tics and chorea on the other, become perfectly coordinated when they play music. Even the EEG from their two hemispheres becomes synchronized as if by inner music, something that medication is unable to achieve.

Sarangadeva (13th century) in his SangıtaRatnakara (SR 1.3.24-25) says that sound is first heard as Sruti and through resonance, it expands into a note (svara) to create an expression in the mind of the hearer. The notes are viewed to have an organic unity. Thus sa is said to be the atman, ri the head, ga the arms, ma the chest, pa the throat, dha the lips, and ni the feet. These seven limbs evoke a presence and give birth to the devas.

Music admits the Shabda-Brahman as its prime principle, but, at last, it goes beyond the Shabda-Brahman and rests on the limitless prime consciousness which is known as Sat-Chit-Ananda. The final form Ananda or Supreme Bliss is the fulfillment of Sat and Chit—Existence and Consciousness. The Upanishad says from Ananda or Supreme Bliss evolved this manifested universe, everything of the universe rest on Ananda,’ and at last dissolve in Ananda.

This Ananda is a birthless and deathless immortal Existence, which is the ideal of all mortal beings, and music is the surest means to take all to the divine Temple of that immortal all-blissful Existence, and so music is the great art that informs us of that precious value. Therefore, music is the best medium or means which should be adopted, nurtured, and nourished with care, and should be followed with concentrated attention and effort, to reach the goal of life. This can be achieved by practicing veena in its true perspective.

To sum up, the impeccable sound of Veena is considered very auspicious for: –

• Tonal quality that is in-depth

• You can attain salvation by practicing Veena

• An instrument in its entirety

The conference aims to bring together the traditional veena players to spearhead the true intrinsic value of Veena, thus perpetuating India’s rich cultural tradition. It would indeed be an ultimate experience to relieve stress with the Veena Nada, leading to overall well-being with Yoga.